I am participating in Book Riot’s Read Harder Challenge this year (http://bookriot.com/2016/12/15/book-riots-2017-read-harder-challenge/), which encourages you to read more widely and out of your comfort zone. I have seen some great lists of books to fulfill the challenge, so I thought I would do my own since I will be doing research for my own books anyway. I am only including books that look interesting to me and I can tell are good quality based on reviews, inclusion in other lists, and the book description. There are 24 tasks in total, so I plan to make suggestions for four tasks each week.

I have a really busy week next week, so I don’t think I’ll have time to post anything. 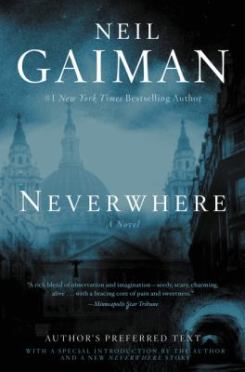 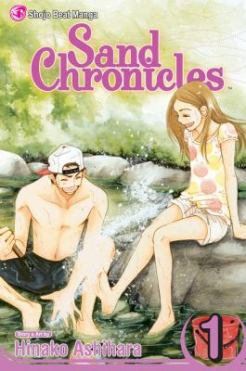 This task is one of the easier ones, like #2 – read a debut novel, and #7 – read a book published between 1900 and 1950, because there is so much to choose from. In those tasks, I recommended picking a book that was already on your TBR list. For this specific challenge, I suggest choosing a book you really enjoyed, and read long enough ago to forget. Another option is to select a book that you have read previously, but have since purchased a new copy that you haven’t read. A third option is to re-read a book in a series you started and are planning to continue.

I decided to re-read Neverwhere by Neil Gaiman, because I purchased the author’s preferred text edition last year but haven’t read it. I originally read this 6 years ago, at the end of 2009.

Some other books I considered because I loved them:

Sand Chronicles by Hinako Ashihara – I first read this manga when I borrowed it from the library at the beginning of 2013. It’s one of my absolute favourites, so I shared it with my husband, who loved it, and I try to pass it along to anyone I know that likes manga. My husband and I liked to collect books and manga that we particularly enjoyed, and this one is now really hard to find. I have never read our copies, so I would like to get to them this year.

Harry Potter by J.K. Rowling – My husband and I just purchased a beautiful new hardcover set by Bloomsbury, after wanting to get a new set to… not replace… complement the ones we got as they were originally published.

The Darkness Rising series by Kelley Armstrong – This was the series that got me into Kelley Armstrong books, and I now own most of her collection. I just finished the Darkest Powers series, set in the same world, so I would like to hop into DR again armed with my new knowledge.

The Hunger Games by Suzanne Collins – This is such a classic YA series, and I have only read it as a crappy pdf on my phone, despite owning the hardcover boxset. I didn’t have very much of experience with YA when I read it, so I’d like to take another stab at it now that I have been reading YA for 5 years. I think it is a good series to reacquaint myself with given I’ll be working in a public library.

Some I want to try again after not enjoying them on my first read:

The Forest of Hands and Teeth by Carrie Ryan, God Save the Queen by Kate Locke  – I read both of these in 2011 and 2012 respectively, and I didn’t like them. In retrospect, I just wasn’t used to reading YA, and I think I would enjoy them now.

This is another very personal task, because it depends so much on where you live. I live in London, Ontario, so I looked for books set in Ontario. London to Toronto is 119.5 m, so I allowed myself that, and ended up choosing Station Eleven by Emily St. John Mandel, which takes place mostly in the Great Lakes region. A big chunk of the novel takes place in Toronto, and the setting was so well written – it made me incredibly nostalgic for my time living there.

I am always on the lookout for great YA, middle grade, and speculative fiction works set in Canada. 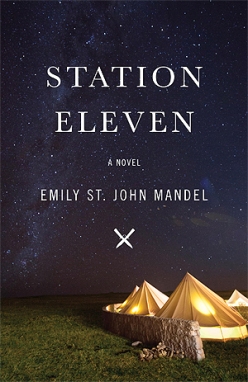 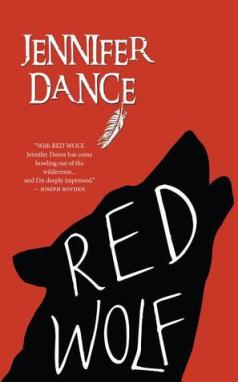 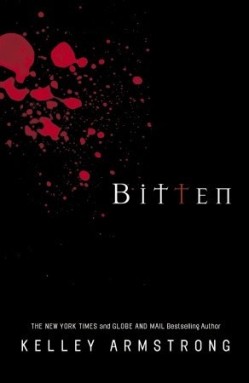 Bitten by Kelley Armstrong – Fantasy about the world’s only female werewolf, who has left her pack and now lives in Toronto, Ontario as a human. It doesn’t take place exclusively in Toronto, but this series is a Canadian must-read. This one would also count for a debut novel.

The Day the Falls Stood Still by Cathy Marie Buchanan – Adult historical fiction set in 1915 in Niagara Falls, Ontario, tells the story of the start of hydroelectric power in Canada. Niagara Falls is the backdrop for a romance between working class Tom and wealthy Bess, who’s family falls from grace when her father is fired from the power plant. It’s apparently got drama, great period details, and has been meticulously researched. I think this is an interesting book for Ontarians, because who hasn’t been to Niagara Falls?

I Am Algonquin: An Algonquin Quest Novel by Rick Revelle – Historical YA set in 14th century Ontario, and the first in a trilogy. It looks awesome – completely different to a lot of historical books I’ve seen, namely because of the early time period setting. It tells the story of a traditional Algonquin family, including hunting, foresters, and war. A review on Goodreads described it as “Little House on the Prairie meets Blood Meridian”.

The Unquiet Past by Kelley Armstrong – Historical middle grade/YA set in 1964 Quebec. Part of the Secrets series that targets reluctant readers, but its hard to go wrong with Kelley Armstrong.

This One Summer by Jillian and Mariko Tamaki – This is set in a fictional beach town in Canada, and has been on my TBR forever. I am counting this as “set within 100 miles” because it could take place anywhere, and London has beach towns nearby.

Elijah of Buxton by Christopher Paul Curtis – Historical middle grade book set in Buxton, Ontario in 1859. Elijah is the first free black person born in Buxton, a Canadian settlement for slaves fleeing the American south. It is a real settlement in Canada, established by the abolitionist Reverend William King. This book has wonderful writing, and a sensitive, intelligent male protagonist.

Ultraviolet by R.J. Anderson – Set in Sudbury, Ontario, 16-year old Alison is committed to a mental institute for murdering the most popular girl at school. However, no body is found, and doctors don’t know what’s wrong with her. Neither does Alison.

Exit, Pursued by a Bear by E.K. Johnston – This YA is set in a small town in Ontario. Hermione is drugged and raped at cheerleading camp, and she must deal with the rumours that circulate afterwards. 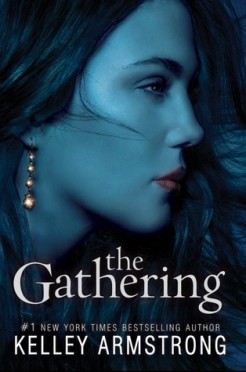 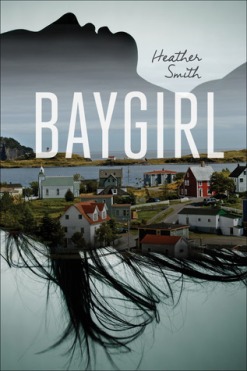 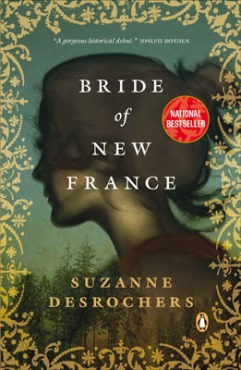 City of the Lost by Kelley Armstrong – A creepy mystery set in the Yukon territory of Canada. Police officer Casey Duncan has to flee with her best friend Diana because of an abusive ex-husband, so she gets them a place in Rockton, a town that is impossible to find, where its inhabitants go to disappear. I can’t wait to continue this series with book 2, already out!

The Gathering by Kelley Armstrong  – Darkness Rising is a companion series to the Darkest Powers, which is set in Buffalo. This series is set on Vancouver Island, BC. It’s a really fun read, with realistic teen characters, and strong super natural elements and history. I loved the rainy, green setting of Vancouver Island.

Bride of New France by Suzanne Desrochers – Set in the late 1600s, this historical fiction takes place in Ville-Marie, now Montreal. Laure, a poor, orphaned girl from Paris, is sent to Canada to be a filles du roi, a French girl sent to marry fur traders and soldiers settled in New France (now Quebec).

Baygirl by Heather Smith – Historical middle grade/YA set in the 1990s in Newfoundland. The Canadian government shuts down the cod fishing industry to decrease overfishing, putting 16-year old Kit’s father out of work. Kit is forced to move from Parsons Bay, a small fishing village, to St. John’s, leaving behind her best friend and grandmother.

This is a Wikipedia post about novels set in Toronto: https://en.wikipedia.org/wiki/List_of_fiction_set_in_Toronto

Goodreads has a list of books set in Ontario: https://www.goodreads.com/places/1167-ontario

This is also really dependent on where you live. I live in Canada, so I tried to focus on books outside of North America and Europe. I decided to read I Am Malala: The Story of the Girl Who Stood Up for Education and Was Shot by the Taliban by Malala Yousafzai. I purchased this book second hand about a year ago, because I have been meaning to read it ever since I saw her interview with Jon Stewart in 2015. This task is a good excuse to read what I consider an important woman’s story.

The Broke and the Bookish did a Top Ten Tuesday last year called “Ten Books Set Outside the US” that I scoured for books set outside NA. The posts by other bloggers have some great suggestions! 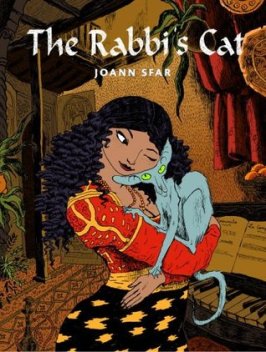 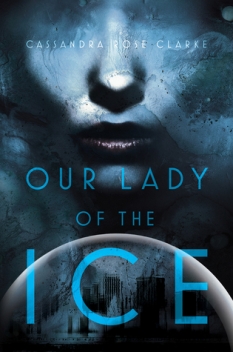 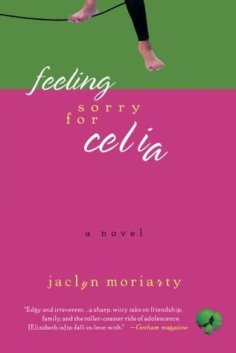 Antarctica: Where’d You Go, Bernadette by Maria Semple, Our Lady of the Ice by Cassandra Rose Clarke 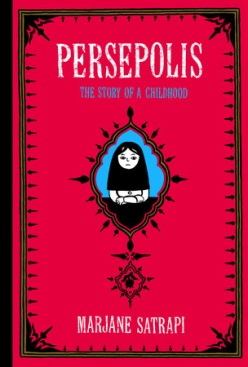 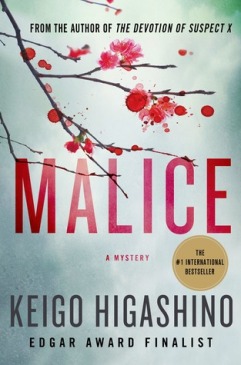 Iran: Persepolis: The Story of a Childhood (Persepolis #1-2) by Marjane Satrapi, Reading Lolita in Tehran by Azar Nafisi

Japan: The Devotion of Suspect X by Keigo Higashino, Malice by Keigo Higashino, Out by Natsuo Kirino, An Artist of the Floating World by Kazuo Ishiguro, The Lake by Banana Yoshimoto. Goodreads has a list of Mystery novels set in Japan: https://www.goodreads.com/list/show/19227.Japanese_Mystery_Detective_Crime_Fiction_Translated_Into_English 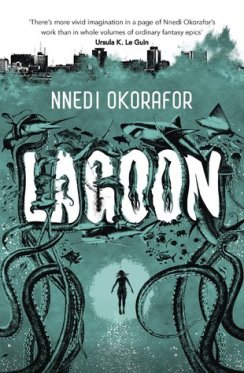 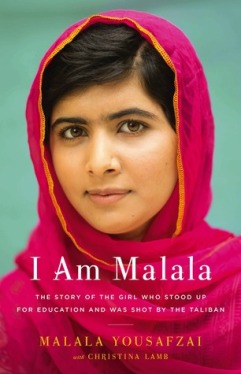 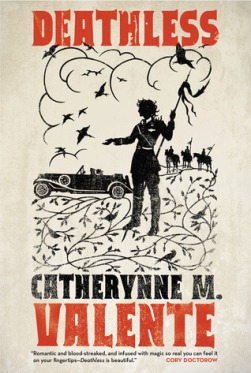 Pakistan: I Am Malala: The Story of the Girl Who Stood Up for Education and Was Shot by the Taliban by Malala Yousafzai 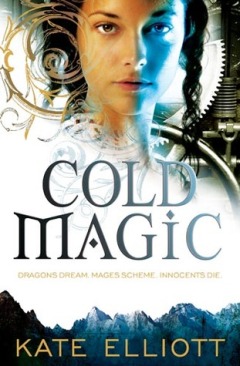 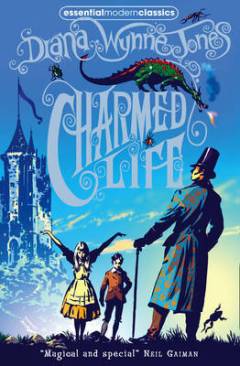 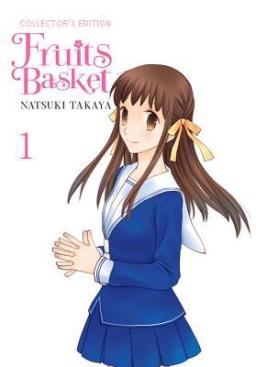 Honestly, you could choose anything for this task. I mostly read fantasy-based novels, so maybe that’s why this was so easy for me. This task is be a great excuse to read a classic like Narnia or Lord of the Rings, or just pick up another fantasy you’ve been meaning to get to. I think anything within the realm of high and low fantasy, urban fantasy, or science fiction would work for this task. I have read several fantasies already this year, but officially, I picked The Diviners by Libba Bray.

Adult/YA fantasies I have read and enjoyed:

Middle grade fantasies I have enjoyed:

Manga fantasy I have enjoyed:

Either next week, or the week after, I will be looking at tasks 13-16. I only have three more posts to go to complete my options for each task!