It is more than halfway through 2015, but still in the realm of summer, so I can still do a halfway mark Best of 2015. I used to organize the books I read by genres like Young Adult, Manga, etc., but I read so much Young Adult Fiction, that now my categories include sub-genres of YA. So far this year, I have read a total of 35 books, mostly YA Fantasy, and Manga, with 31% the books I have read from each genre. I have not read any middle grade books, and only one YA Contemporary, but my next book will be a YA Contemporary, and I will be reading Middle Grade novels this fall for a project. Finally, I am extremely pleased that an overwhelming amount of books that I read are written by women (27 books, or 35%, compared to 8 books, or 23%, written by men). If I have a choice between a male and a female author, I will always go for the female author. 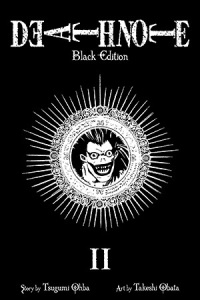 Death Note: Black Edition, volume 2, contains volume 3 and 4 of the original manga. The Black Editions are beautiful reprints of this psychological thriller about a serial killer called Kira, who is actually top high school student, Yagami Light. Each Black Edition contains two volumes of the original manga. The story is fast-paced and exciting, as the reader sees the murders and police investigation from Kira’s own perspective, as well as through the eyes the police investigating him, because Light helps with the investigation.

9. The Night Itself by Zoë Marriott (4 stars)

Fifteen-year-old Londoner Mio Yamato’s life changes when she finds her family’s historic katana, and is assigned to keep the sword safe. In doing so, Mio, her best friend, Jack, a fox spirit named Hikaru, and Shinobu, a warrior from Feudal Japan who was imprisoned in the sword in spirit form, are chased through modern-day London by a giant nine-tailed cat demon who wants the sword. The Night Itself contains interesting Japanese mythology, a diverse cast of characters, a realistic and relatable main character in Mio, and a respectful and supportive love interest.

If you weren’t enamoured with Throne of Glass, I recommend first reading the prequel novellas in The Assassin’s Blade, and then book 2 of the series, Crown of Midnight. The main female characters, Celaena and Nehemia, are complicated and interesting, and the evil characters are actually evil. Celaena is one of my favourite book characters because she is tough, skilled, and intelligent, but also sensitive and vulnerable. The best part of this story is the lovely friendship between Celaena and Nehemia, who are represented as two strong, smart, influential women. This book continues where Throne of Glass left off, but has everything that was wonderful about The Assassin’s Blade. Every character, major and minor, is more fleshed out than in Throne of Glass, and the story maintains the happiness, heartbreak, and excellent world building and character development from The Assassin’s Blade.

-SPOILERS-
“I knew you were a good woman,” he said. Celaena halted. Turned.
There was a hint of triumph in his eyes. He thought he’d won. Manipulated her again. One foot after another, she walked back toward him with predatory calmness.
She stopped, close enough to kiss him. He gave her a wary smile.
“No, I’m not,” she said. Then she moved, too fast for him to stand a chance.
Archer’s eyes went wide as she slid the dagger home, jamming it up into his heart.
He sagged in her arms. She brought her mouth to his ear, holding him upright with one hand and twisting the dagger with the other as she whispered, “But Nehemia was.”

I started reading the manga, Ranma 1/2, in Grade 7, but I never finished the series. Now, over 15 years later, Viz is in the process of re-publishing the series in a wonderfully colourful set of 2-in-1 editions, which make it a lot easier to collect. Ranma 1/2 is such a fun, humourous manga series about a group of teenage martial artists, perfect for newcomers and seasoned manga readers alike. The characters are what really set this manga apart: the spunky, fun Ranma and Akane with their budding romance and line of other suitors, the conceited Kuno, the business-like Nabiki, and the sweet but stupid Ryoga. Also, I have always loved the cute, bubbly way that Takahashi draws her characters. 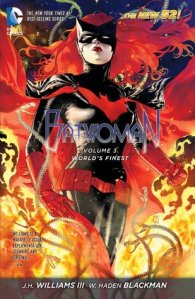 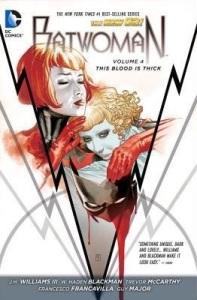 Batwoman is by far my favourite super hero comic series, because it has excellent, fleshed-out female characters. I love that Kate’s father trains the beaten and traumatized Bette after she is physically tormented in a fight. I love that Batwoman agrees to let her family and friends help her even though she is a loner at heart, like Batman. I love that Bette/Hawkfire agrees to help save Kate’s sister, and she is awesome at it, no longer a victim. Finally, I love the realistic romance between Kate and her fiancée, Gotham City police officer Maggie Sawyer. [Although apparently DC would not allow the two to marry, causing the writers to leave]

I think Fumi Yoshinaga might be a genius. Ooku is such a clever manga, exploring gender, sexuality, power, and inequalities in society. Yoshinaga does not shy away from deep, complex topics like homosexuality (Antique Bakery, What Did you Eat Yesterday), feminism (All My Darling Daughters, Ooku), and gender roles (Ooku). In Ooku, a disease has significantly lowered the male population, leading women to take on the traditionally male roles, including Shogun, and men are carefully protected and kept for reproducing. This story is explored through the eyes of a young courtesan just starting his life in the inner chambers.

Gotham Academy follows the exploits of Olive Silverlock and her friends, Maps and Kyle Mizoguchi, at the eerie Gotham Academy. There are brief appearances by Bruce Wayne, but the story mostly focuses on Olive’s life at Gotham Academy. What absolutely floored me about this comic was the interesting and unexpected mystery/supernatural storyline, the creepy backdrop of Gotham Academy, and the amazing artwork and character design by Canadian artist Karl Kerschl. 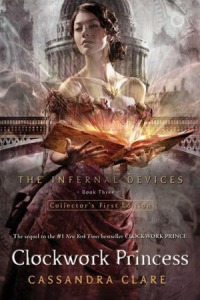 This book broke my heart and put it back together again. I want to do a review of the whole Infernal Devices series when I have time, maybe over the Christmas break or in the winter semester. I love Tessa, Jem, and Will, and knowing that the characters in The Mortal Instruments are their descendants makes me love TMI that much more. The story has the best love triangle I have ever read, where there are no “teams” because all three characters legitimately love each other.

“I feel like you can look inside me and see all the places I am odd or unusual and fit your heart around them, for you are odd and unusual in just the same way.”

I have loved Jem since the start of this series, and I like book two especially because we get to see so much of Jem. That being said, by the end of the series, I loved all three characters.

“She had never imagined she had the power to make someone else so happy. And not a magical power, either–a purely human one.”

1. All the Rage by Courtney Summers (5 stars)

e feels like the worst kind of betrayal. A woman who doesn’t think about daughters she doesn’t have.”

All The Rage made me feel a lot of things. It made me want to hug Romy and tell her that I believe her. It also made me so angry at our society and the way it treats girls. I forgot how hard we girls are on ourselves and on each other, both consciously and unconsciously. I forgot how much I love girls, and how badly our gender is treated by so many. How men and boys are the “default”, and we are told we are “other” since birth. How we are told that we matter less; that our space, comfort, and voices matter less. We girls are taught to be, and inevitably become, shadows of ourselves. Being a girl is bad, you’d be better off as a boy; but don’t try to be a boyish, be girly or else. I need to read All The Rage again to remember all of the quiet moments in Romy’s head that I loved, but didn’t write down because I could not stop reading. I love this book. It is my favourite book of 2015 so far, and I think it is the most important book published this year. Courtney Summers is amazing, because she just gets girls – she puts into words exactly what I think and experience. I want to give this book to all girls and boys out there of any age, so that we can start to better understand what each gender goes through.